Due to COVID-19 impacts, Union Station and Van Nuys schedules are changed.
Hollywood and Long Beach routes are discontinued.

Drop-off and Pick-up locations at LAX

LAX FlyAway Union Station buses drop off passengers on the Upper/Departures Level in front of each terminal at LAX.

Passengers board buses on the Lower/Arrivals Level. Passengers leaving LAX to Union Station should stand by the Lower level curbside, in front of each terminal under the green "FlyAway, Buses and Long Distance Vans" sign. Each departing bus is marked with its service location. Make sure you are boarding the FlyAway Bus that says Union Station.

Parking is available in the parking garage located under the bus plaza. The entrance is on Vignes Street.
Daily rate is $8, with a 30-day limit.
More information:
Website: http://www.unionstationla.com/visit
Union Station East Parking: (213) 620-0115 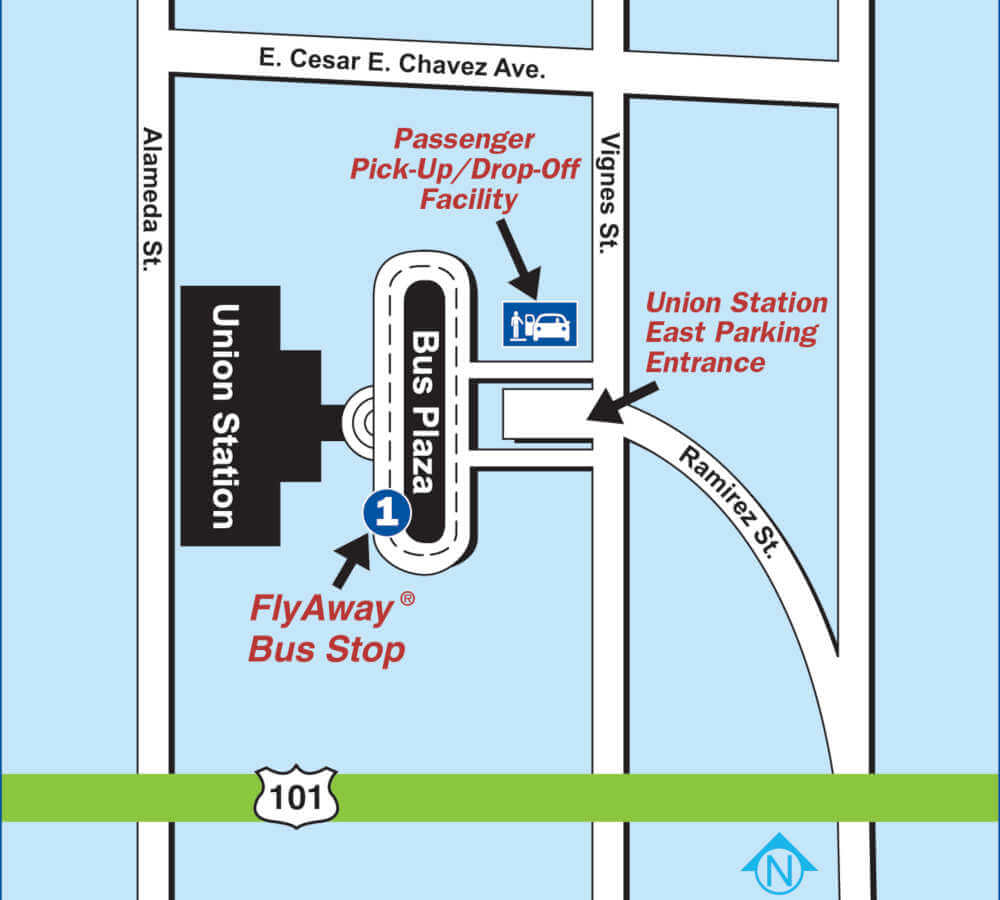 The ticket kiosk is located on the south end of the plaza opposite Bus Stop 9. Visa or Mastercard debit, or major credit cards are accepted for ticket purchases, (No Cash). At Union Station however, Cash and credit cards may be used to purchase FlyAway tickets from all Metrolink ticket vending machines.

To make this connection, all you have to do is go to any Metrolink Ticket Vending Machine and select LAX as your final destination when purchasing your ticket, take the train to L.A. Union Station and board the FlyAway Bus.
The added ticket feature applies to the following Metrolink tickets: One-Way Tickets, Round-Trip Tickets and Advance Purchase Tickets.

Up to 2 Children 5 years and younger ride free with paying adult.
Tickets may be purchased on the bus with Visa, Master Card or American Express credit or debit cards. (Cash is not accepted). All sales are final.
Tickets are valid 30-days from the date of purchase.

Note: Two children age 5 and under may ride free with each paying adult

Note: LAX FlyAway stops at all terminals at LAX. Allow extra time for pickup at Terminal 2 - 7.

Union Station riders can use stored value on their TAP cards and TAP EZ passes to buy a ticket. To do so, procceed to the ticket kiosk to complete your TAP purchase from a cashier using a TAP card.

TAP-EZ Transit Pass holders will receive a discounted fare or ride for free, depending on the EZ zones loaded on the TAP card. Below is a list of fares for FlyAway TAP and EZ Pass holders: 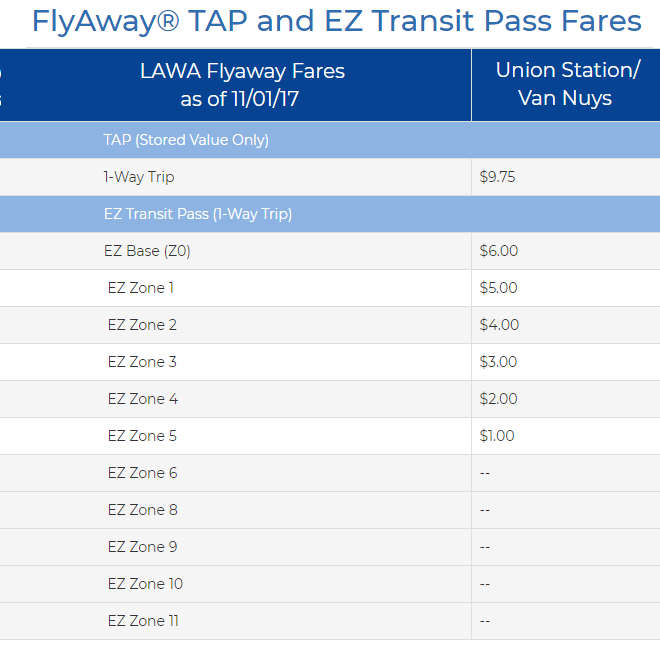 Patrons with Zone 6 or above will enjoy the FlyAway bus rides at no additional cost.
TAP card users with stored value will save $2 for Westwood and $1 for Long Beach. 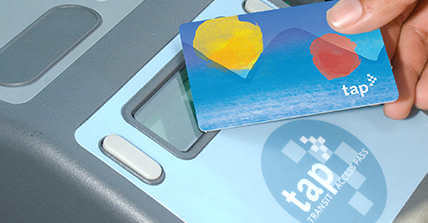 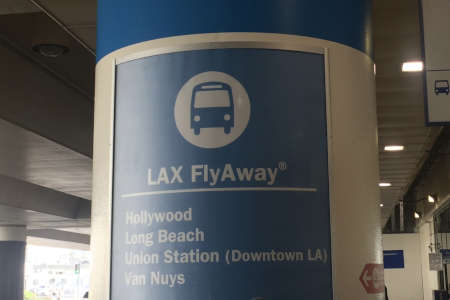 Tip: You are standing at the correct FlyAway pick up area at Los Angeles International Airport's (LAX) if you see this sign. 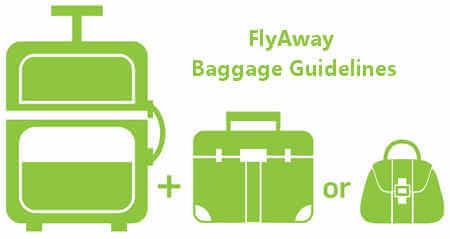