Some Metro Rail Stations do not have fare gates but note that Metro fare inspectors conduct random checks of the system. If riders are caught without a ticket they can be fined up to $250 and/or ordered to perform community service for 48 hours.

Passengers at LAX wishing to connect to Los Angeles Metro network of interlinked bus routes and rail lines, after exiting the baggage claim area, wait under the blue sign LAX Shuttle & Airline Connections on the Lower/Arrival Level islands in front of each terminal.
Ride the bus/shuttle marked "G" to the Green Line Aviation Station and proceed to the west end of the platform to board the Metro Rail Green Line.

Board the Metro Rail Green Line headed east toward Norwalk.
Once you arrive at the Norwalk Station, board the Metro Express Line 460 bus headed to the Disneyland Resort. 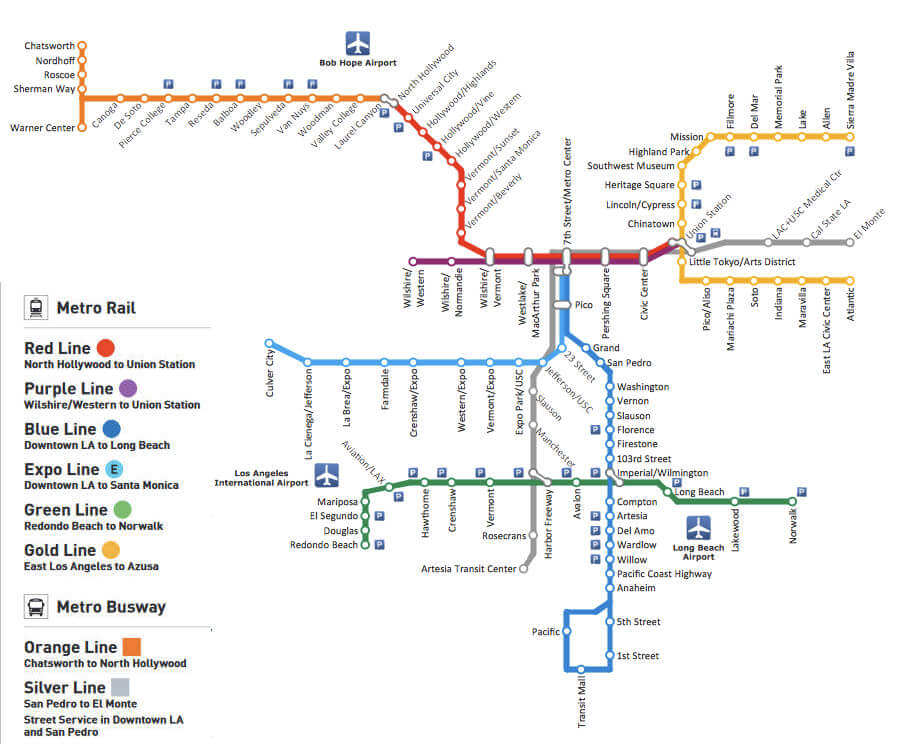